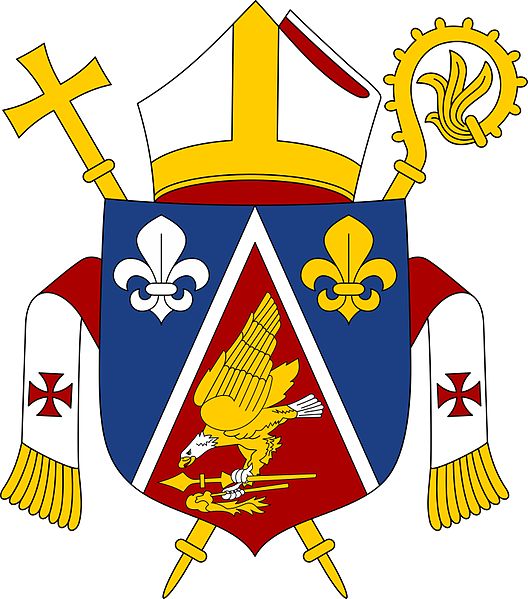 These are quite nice!

Do you happen to know if there are arms for whatever RC (arch?)diocese covers the Kingdom of Tonga, and/or the (arch?)bishop?
Michael F. McCartney
Fremont, California
Top

These are the arms of Cardinal Mafi, Bishop of Tonga:

The Kingdom of Tonga forms a Roman Catholic Diocese that was created in 1966. It is immediate under the Holy See, that is it is not under any Archdiocese. According to the Armoria Sedium of Michael Francis McCarthy the Arms of the Diocese of Tonga is blasoned as this:
Azure, on a mount issuant from water barry wavy argent and azure, a royal crown proper, between in chief at dexter a crescent argent and at sinister a Star (8) or; overall a chief gules two keys in saltire or. McCarthy mentions that the Charcery of the Diocese is the source of information.

As can bee seen by the Bishop's Arms, the diocesean on is not included in a design tha otherwise seems to include the most.
Top
Post Reply
4 posts • Page 1 of 1