The spacesuit helmet is,... a bit odd; but if it's limited to actal astrpauts (not just rich passengers on Space-X ets.) it will be so relativelyrare as to not matter much - though perhaps the open visor (fave shield) could be limited to those awarded a knighthood or whatever the CHA might consider equivalent under their Honors system...

But of couse, as I'm south of the border, it's all just spectator sport!
Michael F. McCartney
Fremont, California
Top

I know I may be reviving an old thread, but hearing about her in the news recently. I decided to compare her arms to the arms of other GG's. Two things jumped out at me. From the time of Vincent Massey, the Crown has been included in the arms, either in the form of on the head of the lion passant guardant as found on the crest of the Royal Arms of Canada, (which is also the symbol and rank insignia of the GG). where it is displayed proper. The other times when the Crown has appeared on its own, it has been displayed proper or Or. On this set of arms the Crown is Argent. The other noticeable item, is the fact that recent GGs have displayed only the Order of Canada below their Arms. The current GG displays the Order of Canada and the Order of Quebec. The significance of this that as Governor General she also has the Order of Military Merit, the Order of Merit of the Police Forces, and the Order of St. John; all of which take precedence over the Order of Quebec.
Charles Veale, CD
Georgetown, Ontario
Top

I gather that the crown is included in GG's arms as a sort of augmentation to indicate that he/she held that office. The Queen's approval is required in each case. Prime ministers' arms are augmented with the "mark of the prime ministership of Canada", which is a canton bearing a cross of maple leaves.

Interesting point about the orders. It would have been a bit much to display all her orders and decorations, so perhaps they decided "1 national and 1 provincial". As the Order of Quebec was awarded to her personally, rather than ex officio like the others, it may have a strong personal meaning to her.
Regards
Arthur Radburn
IAAH Vice-President : Heraldic Education
Top

RE: From the time of Vincent Massey, the Crown has been included in the arms,

The use of the crown in the arms of GGs is not restricted to Canada.

I am not sure how many and when it started, but many recent New Zealand GGs have arms granted by the College of Arms that include a royal crown.

I believe that the same may be the case for Australian GGs, so it appears that the Canadian authority picked up the 'habit' from England.
Top

Canada has picked up many of our habits from Britain. I was curious why the GG would not impale their arms with the Canadian Royal Arms with the mark of the GG to difference them?
Charles Veale, CD
Georgetown, Ontario
Top

Well, I suppose that the inclusion of the crown in a GG's arms ultimately derives from a decision by the Queen, and applies to all her realms. Female GGs also have the privilege of displaying their arms on a shield, with helmet, mantling and crest.

Impaling arms with the Canadian arms would be a different ballgame, though. It doesn't seem to be the custom in any country for the head of state to marshal his/her arms with those of the country.
Regards
Arthur Radburn
IAAH Vice-President : Heraldic Education
Top

Even Lord Curzon, one of the greatest grandees of the 20th century, neither impaled his arms as Viceroy of India, nor received any augmentation for his service, despite the responsibilities being infinitely greater than a Governor-General of Canada. Oddly, he did however impale his arms as Warden of the Cinque Ports, a role with responsibilities infinitely less than those of a Governor-General of Canada. 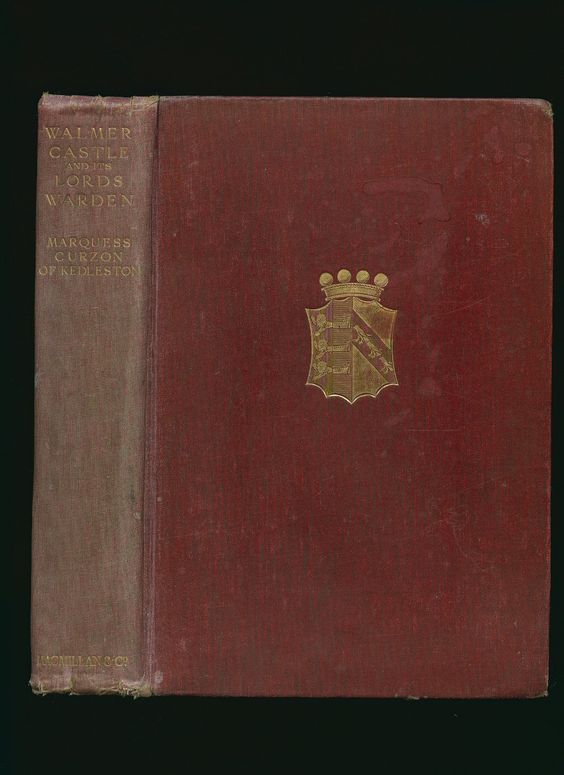 Other considerations set aside, impaling the personal arms of the GG with the royal arms of the Queen of Canada would produce an unnecessarily busy achievement.

The personal arms of the successive GG's of the day (with the relevant augmentation & other personal additiments) make a simpler and more attractive display; and frees the heralds from having to design the personal arms to complement the quarterly Canadian royal arms.

Or so it seems to me, from South of the order.
Michael F. McCartney
Fremont, California
Top

Chris Green wrote:Oddly, he did however impale his arms as Warden of the Cinque Ports, a role with responsibilities infinitely less than those of a Governor-General of Canada.

But surely this impalement was appropriate because the book he wrote was about the Port(s)?

Perhaps, had he written a book about some other topic of which he was entitled to impale arms of office he would have used those for that particular book as appropriate.
Martin Goldstraw
Cheshire Heraldry
http://cheshire-heraldry.org.uk
Top
Post Reply
29 posts