The final day of the Tour starts 50 km/30 miles West of Paris at Mantes-la-Jolie. Mantes was not a lucky place for kings. In 1087 King William I (the Conqueror) was injured while attacking the place and died soon after at Rouen. The French KIng Philip II Augustus also died here in 1223. The town is well-known to many art lovers as the subject of many paintings by 19th century artists, not least Corot. 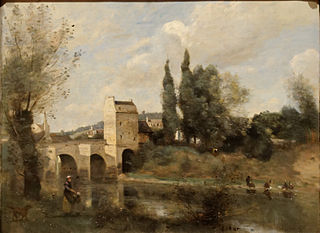 The arms of Mantes-la-Jolie.

Heading eastwards towards Versailles the riders pass through the Commune of Saint-Cyr-l'École, where the military academy founded by Napoleon was situated from 1808-1945

The crowned cross was supposedly the badge of a school founded at Saint Cyr in 1684 by King Louis XIV at the request of his mistress Madame de Maintenon.

I note that the emblazonment here shows a suspiciously English-looking crown. The unusual charges that flank the cross are képis with shako plumes nicknamed "casoars" (the plumes were first used in 1855, the same year as cassowary birds came to Paris Zoo - though the plumes were not made of cassowarys' feathers).
Chris Green
IAAH President

So the race is over and the winner is ..... Tadej Pogacar of Slovenia, a mere child of 21 years 364 days (someone is going to have a very happy birthday tomorrow!). He comes from Komenda in Upper Carniola. Komenda was once a Knights' Hospitaller fief, hence the name and the escutcheon in the town's arms.

Blazon: Or, a Chevron Sable between three Lozenges Gules, in chief on an Escutcheon Gules a Maltese Cross Argent crowned Sable.

Thank you for another very interesting heraldic trip round France.

Pedalling up all those heraldic tremonts and round all those bends wavy, past all those castles and bridges? Tiring doesn't begin to describe it.

Most excellent presentation. Enjoyable to all of us who cannot bicycle worth a dam, much less race.
Regards,