Arms of the Freestate of Bavaria 1923

Arms of the Freestate of Bavaria 1923

Following the fall of the Bavarian monarchy in the aftermath of World War I, a Republic was declared followed by a Red Socialist Soviet Republic. This was crushed by the Free Corps and a more conservative Republic was created. The wording Republic (in German Republik) was not to be used instead the word Freestate (in German Freistaat) was prefered and still today Bavaria uses the designation Freestate/Freistaat.

Professor Otto Hupp a wellknown German Heraldist draw the Arms of the new Freestate, which was approved by the provincial parliament in 1923. It contained much of the features of the old Royal Arms but was crowned by the so called Volkskrone (People's Crown). 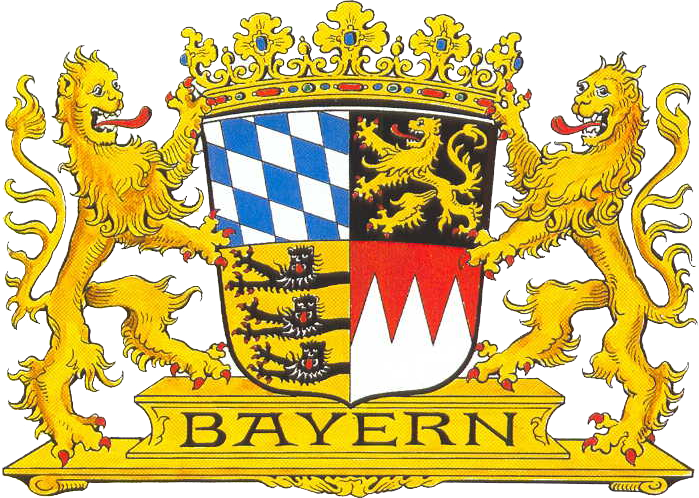