As today, 7 December, is International Civil Aviation Day, here is some civil aviation-related heraldry to mark the occasion. 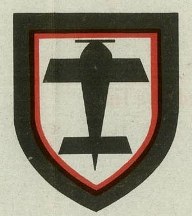 From South Africa : Union Airways, which existed from 1929 to 1934 (the field of the shield is supposed to be gold). 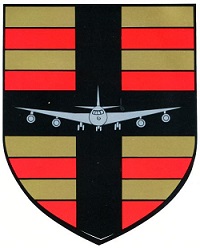 From Luxembourg : the municipal arms of Sandweiler, dating from 1983.

The College of Arms took a more subtle approach when designing arms for British aviation corporations. No aircraft, but symbols of flight instead : 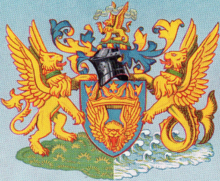 the arms granted to the British Overseas Airways Corporation in 1941 ... 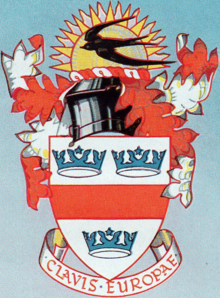 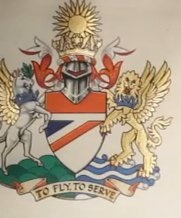 The Arms of Bykovo in Moscow Oblast, includes a Yakolev Ya-40 Passenger Aircraft and a canting Bull.
Top
Post Reply
2 posts • Page 1 of 1

Users browsing this forum: No registered users and 5 guests