I recently completed this commission for an armiger living the Netherlands. 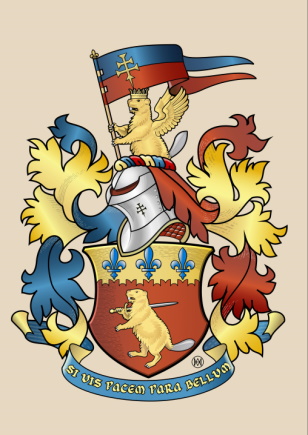 This was my second vector work using Affinity Designer. I believe that I am getting comfortable with the software.
Regards,

Thank you for naming the software you use. I used Serif products in the past (DrawPlus4 to be exact) and was satisfied with it at the time. But I wanted better 3D tools than DP4 had, so I went with CorelDraw. But CD is rather expensive so I've been shopping for a replacement. When I saw your work I decided to give Affinity Designer a go, and bought it since it's considerably cheaper than CD. It appears AD doesn't work with .wmf files, but I think I can work around that. Once again, Thanks!
Top

I had originally downloaded the Affinity Designer trail sometime back in 2018. I ended up purchasing it, but never really used it. I also have Inkscape, but Inkscape's learning curve I think kept me away from vector graphics. After several requests for vector graphics I decided to finally get started with Affinity Designer, and I actually love it. I also bought Affinity Photo when it was on sale during the holidays.

Affinity Designer lacks some key features that Adobe Illustrator and Inkscape have, but I can usually make do .
Regards,