Association of Combat Veterans of the West

Association of Combat Veterans of the West

by Marcus Karlsson
While browsing the Net, I come across the Arms of the Association of Combat Veterans of the West. 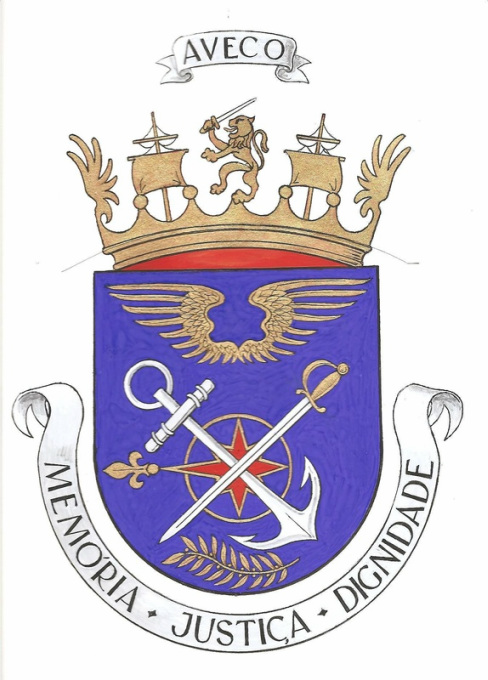 The Wings symbolises those who served in the Air Force, the Anchor those in the Navy and the Sabre those in the Army. The Compass shows the direction West alluding to the Aassociation's geographical Area. The Fleur de Lys furthermore alludes to the Arms of the City of Lourinhã where the Association was founded. The Palm frond symbolises Peace.The Crown combindes the Wings of the Air Forces Crowns with the Sails of the Naval Crown to which has been added the Lion from the coat of Arms of the Portuguese Army. The Motto translates as Memory, Justice, Dignity.

Picture and information from the Association's Web site http://avecocombatentes.weebly.com/heraacuteldica.html
All times are UTC
Page 1 of 1
Powered by phpBB® Forum Software © phpBB Limited
https://www.phpbb.com/