Duke and Duchess of Edinburgh's arms

Duke and Duchess of Edinburgh's arms

Today is the 70th anniversary of the wedding, on 20 November 1947, of the Duke and Duchess of Edinburgh. These were their arms at that time : 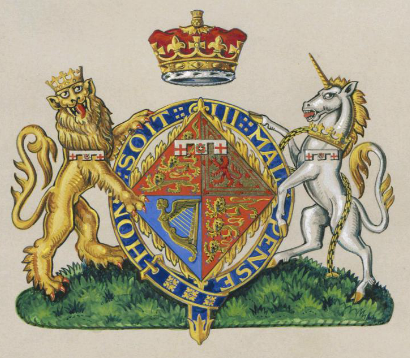 The arms of the Duchess of Edinburgh (Princess Elizabeth of the United Kingdom), granted in 1944, i.e. the UK royal arms and supporters, each differenced by the addition of a label charged with a Tudor rose between two St George's crosses. No crest, of course, under English rules, but a coronet showing that she was a royal princess. 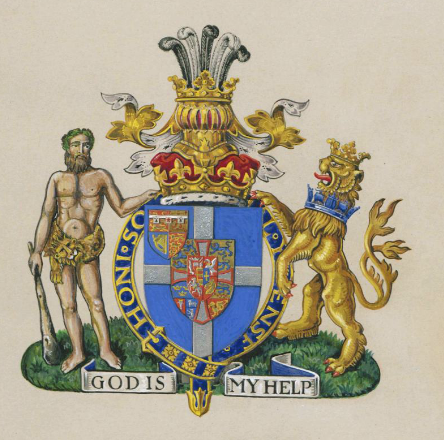 The arms of the Duke of Edinburgh (Sir Philip Mountbatten, né Prince Philip of Greece and Denmark), granted in 1947, i.e. his paternal arms (Greece with an inescutcheon of Denmark), differenced by the addition of the escutcheon of his maternal great-grandmother Princess Alice (one of Queen Victoria's daughters). His dexter supporter came from the Greek royal arms, while the
crest and sinister supporter were derived from his maternal Battenberg arms.

Neither bore these arms for very long. The Duke obtained new arms in 1949 (which are discussed here), but kept the crest and supporters. When the Duchess became Queen in 1952, and stopped using the title of 'Duchess of Edinburgh', she dropped the label from her arms and supporters, changed from a lozenge to a shield, assumed the royal crest, and replaced the coronet with the royal crown.

(These contemporary emblazonments by Franz Sedivy are from the armorial of the Danish Order of the Elephant).
Regards
Arthur Radburn
IAAH Vice-President : Heraldic Education
Top
Post Reply
1 post • Page 1 of 1