"By the Queen Herself, Signed with Her Own Hand" -- the Instrument of Consent approving the royal wedding which takes place next weekend : 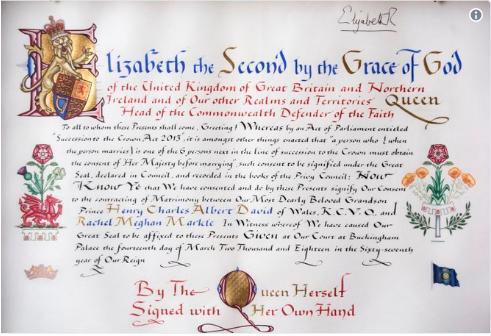 The device on the right shows the US national flower (rose), the California state flower (golden poppy) and the olive leaves from the US national arms, together with a Welsh leek and Prince Harry's label.

Close-ups of details of the document can be found on the Royal Family Twitter Page. 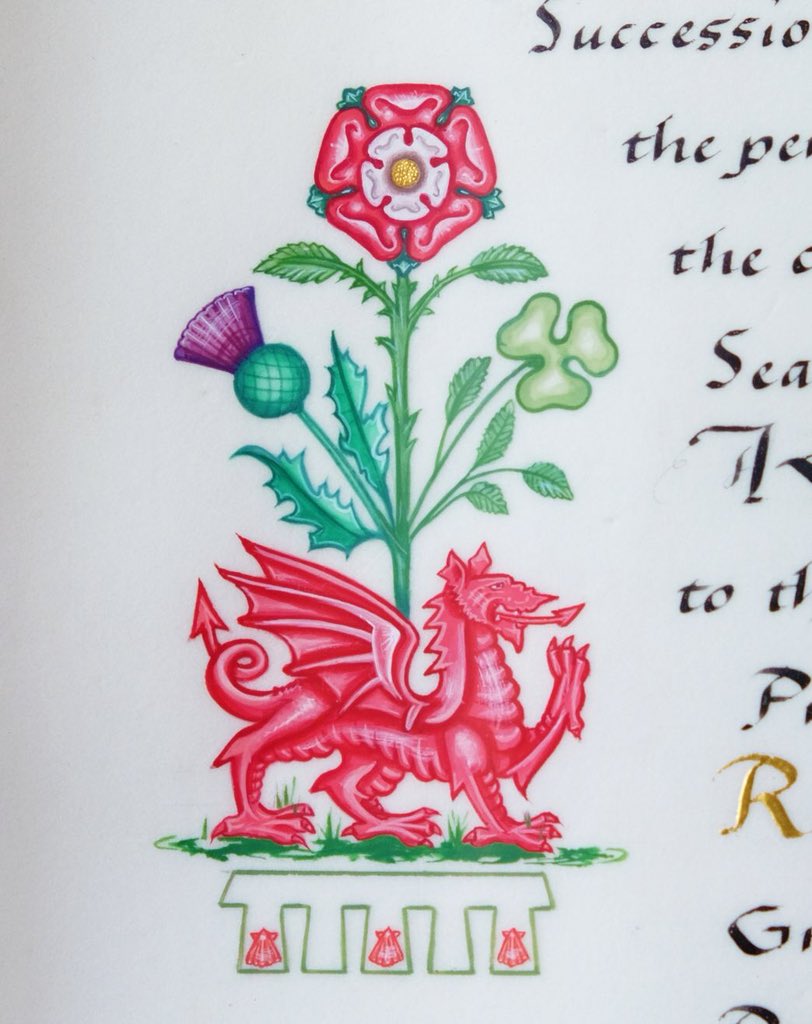 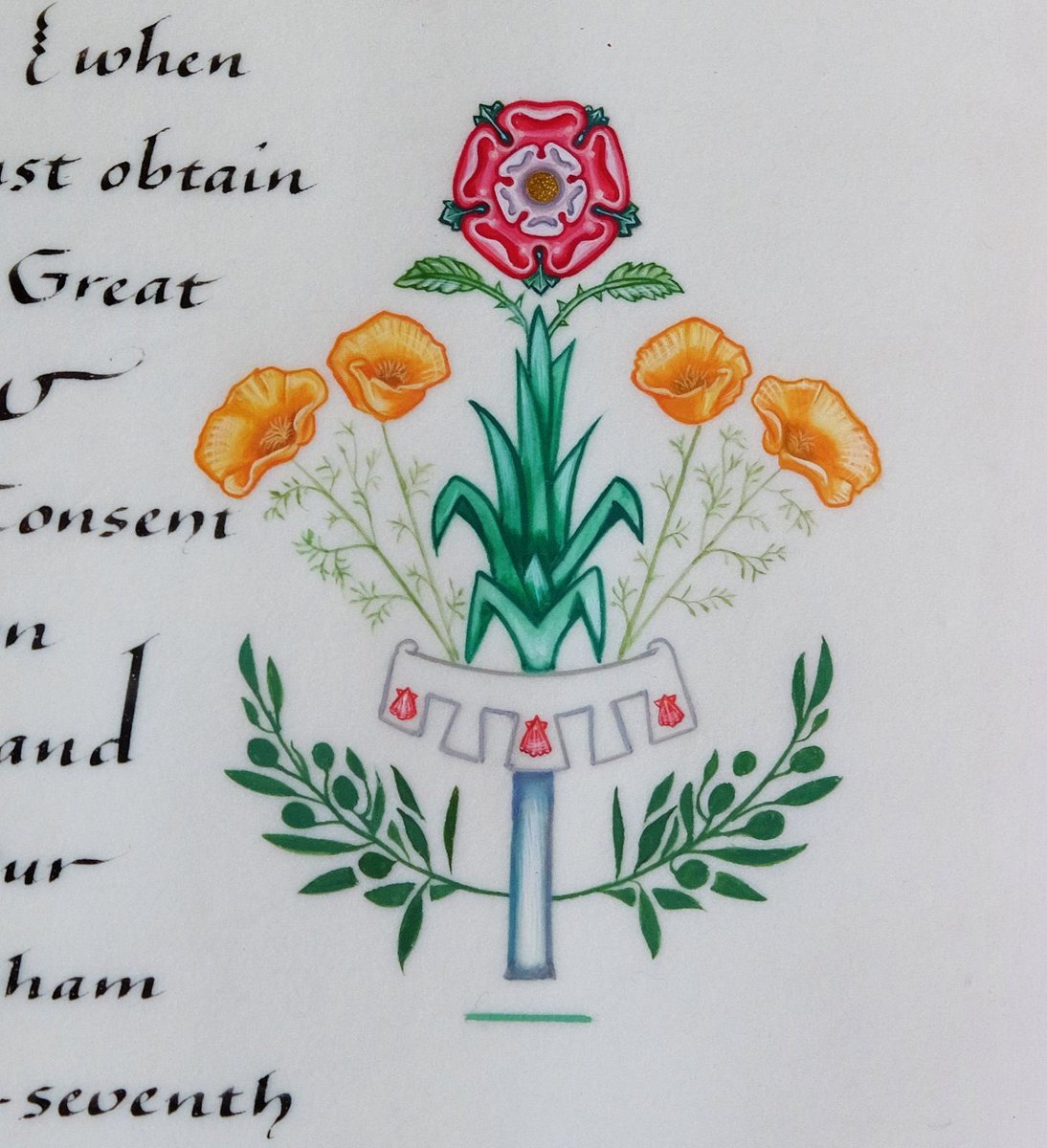 I wasn't aware that the US has a national flower; though if we do, a rose is a nice one!
Michael F. McCartney
Fremont, California
Top

Michael F. McCartney wrote:I wasn't aware that the US has a national flower; though if we do, a rose is a nice one!

I believe it achieved that status under Regan. My only complaint is that it isn't unique, already being the flower of England.
Top

But outside of the UK (& even within), roses were a widely used heraldic charge. The only uniquely English rose was/is the Tudor rose. Why the Queen's artist chose to show the "American" rose as a Tudor rose, I don't know...

I just Googled "national flower of the USA" - learned that Congress passed a resolution in 1985, which President Reagan signed in 1986, designating the "rose" as our national flower. But no specific variety or color was specified in the resolution or proclamation. Again, wonder why the artist painted a Tudor rose, other than perhaps some misplaced notion of symmetry...
Michael F. McCartney
Fremont, California
Top

I hate to "me too," but me too, regarding the choice of the distinctive Tudor rose as the floral emblem of the United States. It could be a white rose, a red rose, a pink rose, a yellow rose (although that may be a bit Texan,) but clearly Congress did not have in mind the peculiar red-white hybrid.
Joseph McMillan
Alexandra, Virginia, USA
Top

Perhaps it is to symbolize Ms. Markle becoming a British Subject.
Top

Cameron - I sincerely hope not! - both inappropriate and frankly a bit offensive. She may become a British subject, but that's just her, not the whole US.

Reading President Reagan's 1986 proclamation, he referred to the White House rose garden but no particular type of time. To me, that suggests what we blazon as a "garden rose" - floribunda - rather than an heraldic rose, Tudor or plain.

But the artwork is quite nice, and except for heraldry buffs with too much free time (like me) not worth serious nitpicking.
Michael F. McCartney
Fremont, California
Top

I've been thinking that the stand-alone labels without a shield to go on were pretty strange, but on reflection the one on the right is even stranger.

One could rationalize that the left hand side is composed of emblems representing the constituent parts of the UK, on which it makes some sort of sense to place a the label of someone in the line of succession to the throne.

Doing the same on the right side makes no sense, given that 3/4 of the other elements (rose, poppies, olive branches) are supposed to represent the USA and one of its constituent states. How the leek conceivably makes sense in that composition is a mystery. They could have balanced the composition better by giving the rose a stem and using the California bear passant to balance the Welsh dragon passant. Especially since the dragon is contourny and the two beasts would then face each other.
Joseph McMillan
Alexandra, Virginia, USA
Top
Post Reply
29 posts