Does anyone know the blazon for these arms? This photo was taken at Fordell Castle in Scotland. The arms appear to be Mercer-Henderson, but the painting seems off. 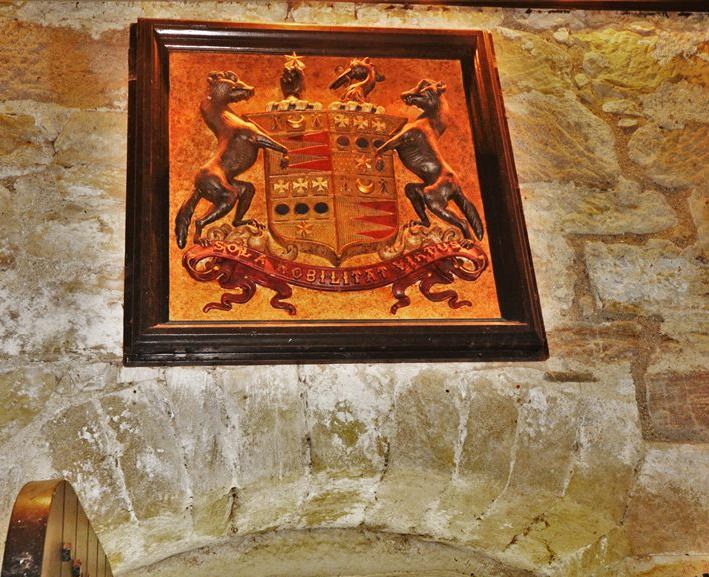 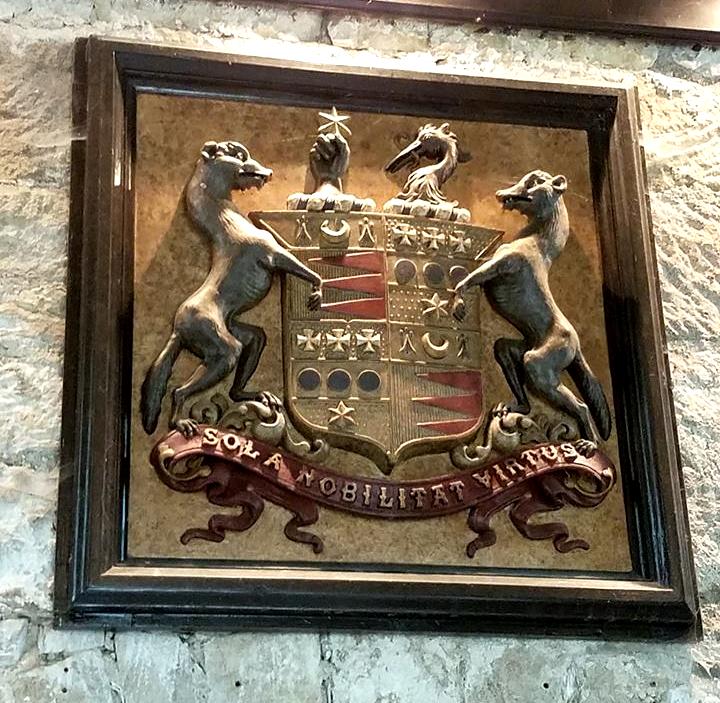 As the arms are on a wall at Fordell Castle, they should indeed be those of Mercer-Henderson.

The tinctures are, as you say, "off". It looks as if someone did part of a restoration job but then gave up, leaving several charges without their correct tinctures. Perhaps someone with access to Burke's Landed Gentry can vouchsafe us the correct blazon.
Chris Green
IAAH President

From the "Landed Gentry" 1879 -
"Arms -
Quarterly,
1st and 4th, Henderson, gu., three piles issuing from the sinister arg. on a chief of the last a crescent az. between two erm. spots;
2nd and 3rd, Mercer, or, on a fess between three crosses pattee in chief gu. and a mullet of six points, in base az. as many bezants, all within a bordure of the third.


Crests—
For Henderson : A cubit arm ppr. the hand holding an estoile radiated or, and surmounted by a crescent az.;
and for Mercer : The head and neck of a heron erased. holding in its beak an eel, seizing the neck of the former ppr,

Mottoes—Over the crest of Henderson : Sola virtus nobilitat; over that of Mercer : The grit poul."

No supporters were described.


In Burke's blazon, the tinctures of the field at least match the hatching in the monument.
Top

So not just incomplete restoration but a total cock-up, to use the technical jargon.
Chris Green
IAAH President

Amazing what a spray can or two will do!
You do not have the required permissions to view the files attached to this post.
Top

Amazing what a spray can or two will do!

I thought something was off. I saw the hatching and wondered what the heck, and had originally made the following image, but held off because I was not certain. Thank you. 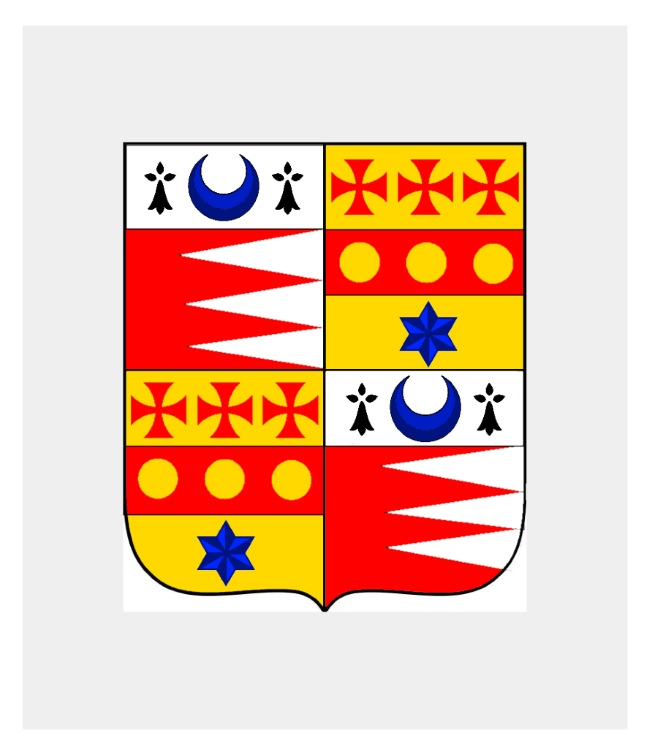 Return to “Court of the Lord Lyon”