During the Russian Empire the Nobility of Russia as their counterparts in the rest of Europe come to use heraldry. This however as I understand was later than in other parts of Europe and as in my homecountry one can see a stongly German influence with the lesser nobility using just one helmet, titled nobility like Barons, Counts and Princes using multiple Helmets, Supporters and in case of Princes a Princely Cap and Mantling. From gerbovnik.ru som exemples: Supporters was not exculsivly reserved for the upper nobility, as can be seen in the CoA of the Noble Family Kakhovsky.
Top 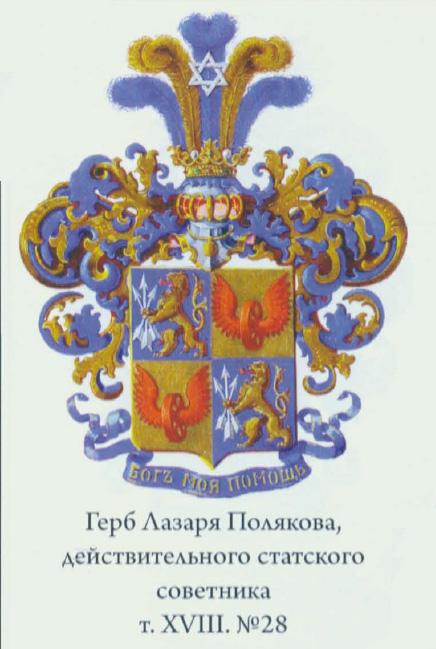 CoA of the Noble Leibkampanez Family Rusenow. The Crest and Dexter half of the Shield is the Common Augmentation granted to the Soldiers who helped the Daughter of Peter the Great, Elisabeth (reigned 1741-62) gain the throne in a Coup-de-Etat. They where also granted the prefix Leibkampanez (that is "of the Life Company").
Top 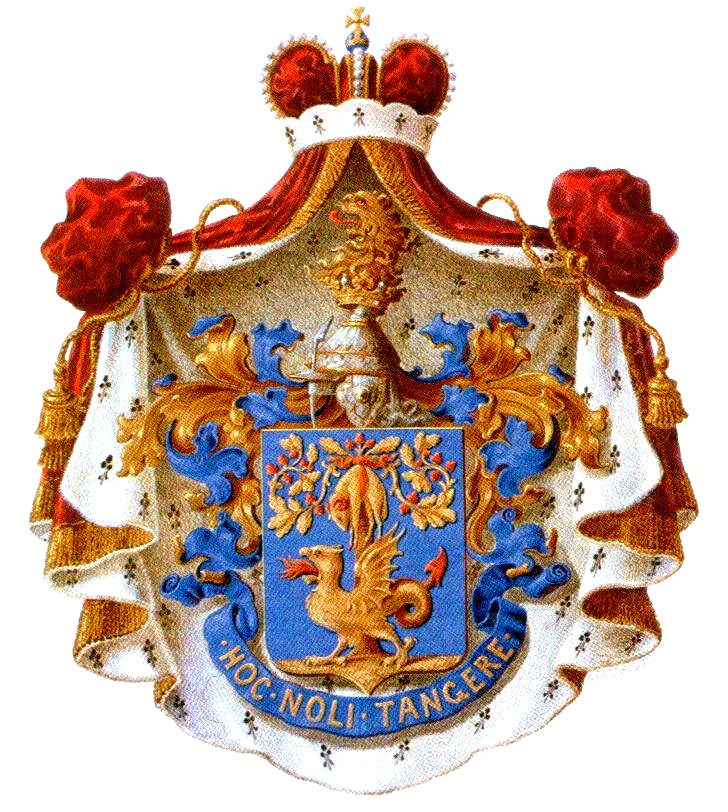 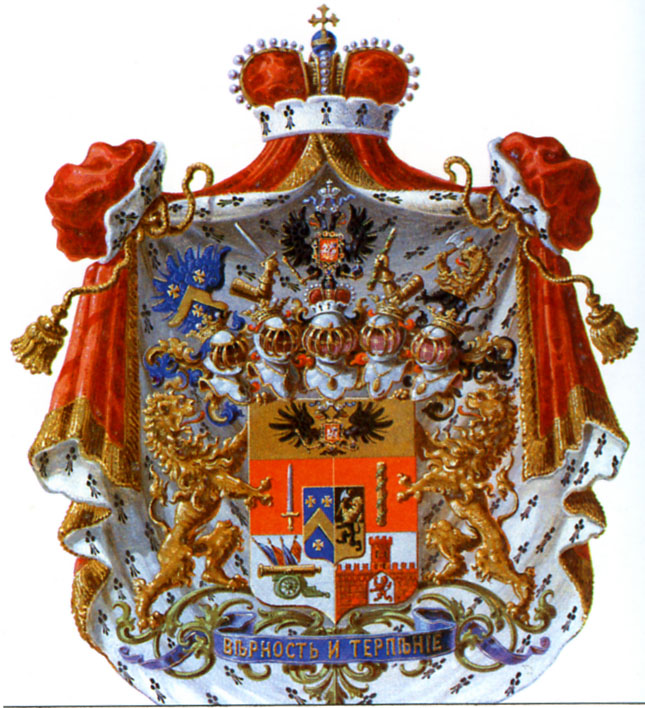 Two points strike me about Prince Nikolai of Mingrelia's arms: 1) no supporters, and 2) an eastern helmet.
Chris Green
IAAH President

Mingrelia is part of Georgia and borders Turkey, so I am sure it has something to do with that, what would be interesting know of course.
Ed Hillenbrand

Well the use of supporters by Princely Families was optional, they could use them as the Barcaly de Tolly-Weymarn did or not as the Prince of Mingerlia did. As for the helmet in the Coat of Arms of the Prince Nikolaj of Mingerlia, the site Russian Heraldry as It is http://the.heraldry.ru/section/old_art.html wites that this was introduced by Koehne (The Baron Bernhard [Boris] director of the section for Arms of the Heraldic Department of the Russian Senate) to symbolise ancient indigenous nobility. For Princes it was Argent ardonerd Or. The site also mentions Alexander Alexandrovich Fadeyev which from 1857 and mor than three decades to come was the heraldic artist of the Armorial section of the Governing Senate’s Heraldry Office Department. So he is probably the man who have painted most of the Pictures shown here.
Top 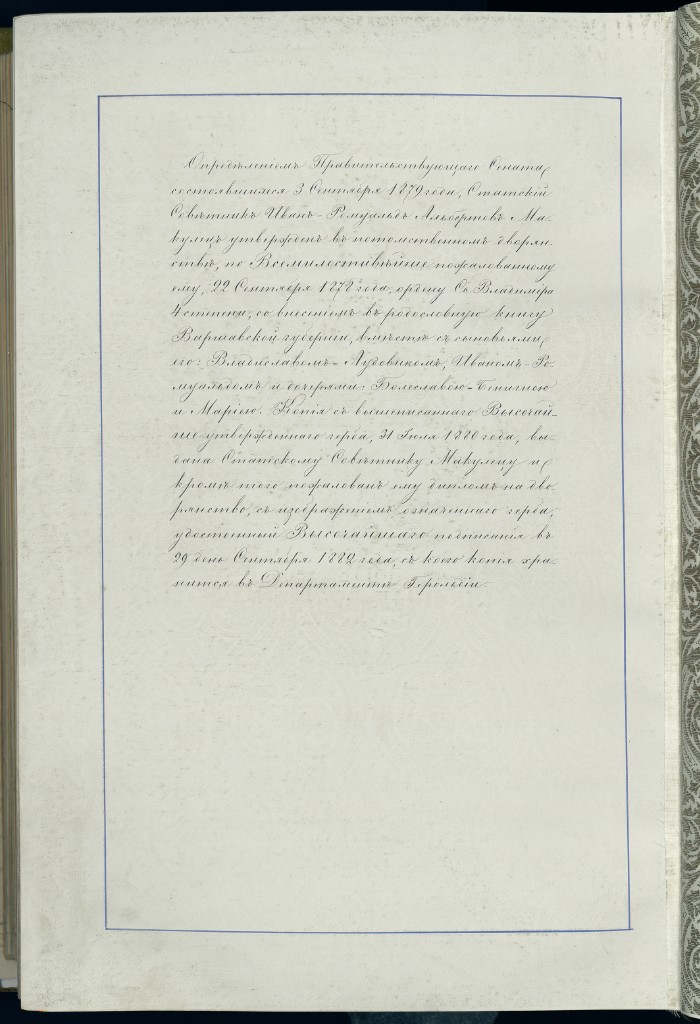 Coat of Arms of the Counts Kotzebue. Sinister supporter is a Soldier of the 60th Zamotsje Infantry Regiment of General Adjutant Count Kotzebue.
Top

The Wrangel family, of Baltic-German origin is to be found amongst the nobility of Russia, Sweden, Prussia and Spain:

I LIKE the simplicity, yet powerful image these arms present. I can understand why the family uses them as their base.
Ed Hillenbrand

Does the Grass family claim any relation to the Romanov family, I noticed a similarity in the arms.
Top
Post Reply
41 posts